“world_mix_nagoya” is a thirty-minute, interactive radio and internet performance broadcast. The broadcast will consist of a live mix of indigenous audio fossils collected from around the world and locally from the host city where the broadcast takes place–in this case the host city will be Nagoya. The mix moves out gradually from the local to the global to inter galactic space, thereby creating an alternative history of our shared sonosphere here on planet earth.

“world_mix_nagoya” will utilize the new hybrid forms of radio that are now developing between traditional forms of broadcast radio and internet radio. Unlike the traditional one-way model of broadcast radio, which involves a single transmitter transmitting to many receivers, our proposed radio/internet station would operate on the principle of many transmitters and many receivers transmitting and receiving in “real time” simultaneously on multiple radio frequencies and on the internet. This two-way model of broadcasting would “abandon the borders of territory” and potentially create a more democratic, less corporate space and time for cultural and artistic audio activity around the globe

Background information on the Worldmix project. 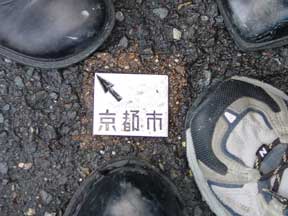 Some of the Internet Radio stations tuned during this mix:
Various FM and AM Stations in Nagoya
KCRW 89.3 FM Santa Monica, California
KJHK 90.7 FM Lawrence, Kansas
CIBL 204.1, Montreal, Canada
The Voice of Russia