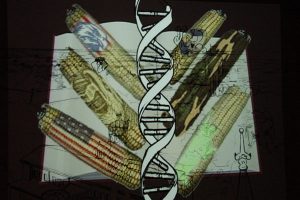 FUTURE GEN is an artistic investigation of the issues surrounding the relationship of the mythic and scientific minds as expressed in Western culture’s approach to the plant world, specifically corn. Combining short narratives, animation, video, audio and drawing, FUTURE GEN explores the human/plant interface throughout history. Taking a mytho-poetic approach, invented stories rewrite the history and myths of corn, from the texts of the Popol Vuh to data found online at Pioneer’s website to a “Gene Jock” who clandestinely combines human and plant DNA.

Collaboration and regional participation are an important part of our working process. Students are assisting us in creating elements for the installation; they are recording their audio environments which are being mixed into a surround sound audio landscape in the gallery. We have also had the opportunity to interview farmers in the area who have provided us with information about breeding, planting, harvesting and marketing local crops.

The cultural, political and economic dominance of agriculture in Iowa has been a central part of our research into the effects of corporate farming, genetically engineered crops and seeds, the historical origins of corn and the myths that have developed around this seemingly ordinary yet highly evolved plant. The final exhibition presents the viewer with an experience which is in itself both scientific and mythic. FUTURE GEN is hybrid folklore, incorporating elements of poetic retrospection on the history of corn and artistic musings on its future. 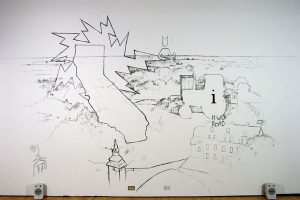 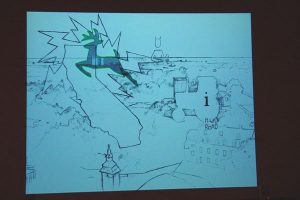 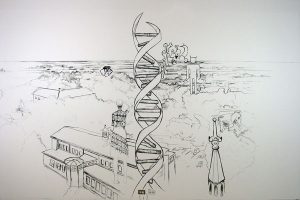 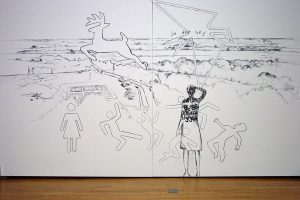 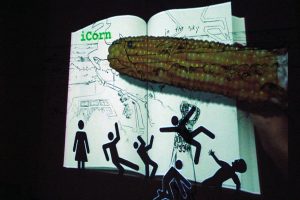 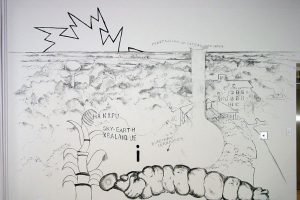